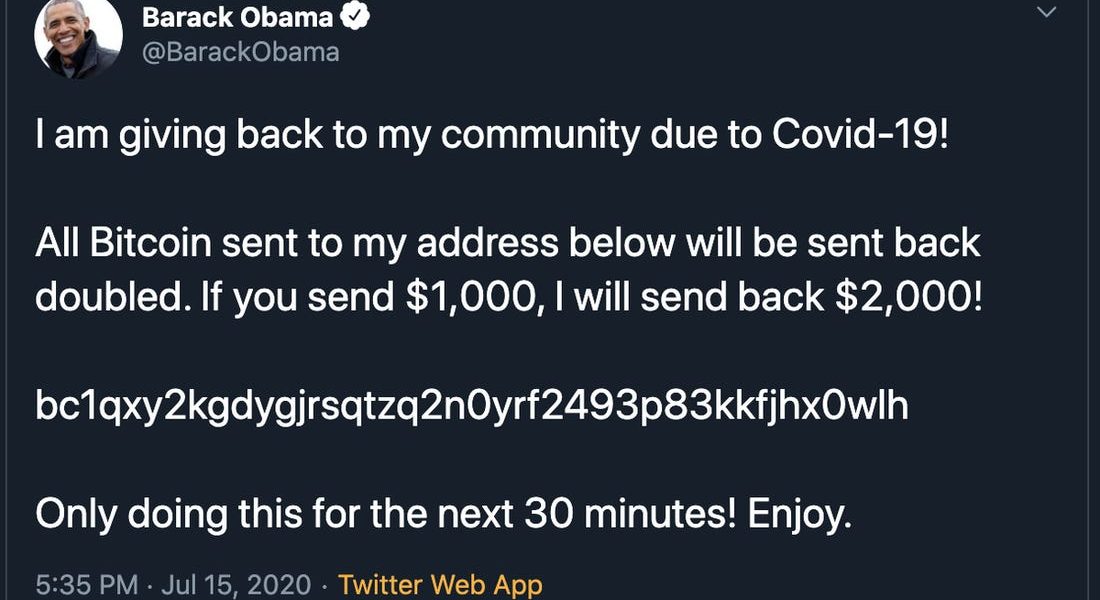 Many Twitter accounts were simultaneously hacked on Wednesday by attackers who used the accounts of high profile people where some of the account are having millions of followers — to spread a cryptocurrency scam.

Apple, Elon Musk, Barack Obama and Joe Biden were some of the popular accounts compromised in a broadly targeted hack that remained mysterious hours after taking place. All these accounts and other accounts which were hacked posted a message promoting the address of a bitcoin wallet claiming that the amount of any payments made to the address would be doubled and sent back which is a known cryptocurrency scam technique.